​Rebekah Kingston's Christmas plans are destroyed by a December ice storm. With the power out and the West Texas roads closed indefinitely, she's forced to spend Christmas at her brother Braden's ranch instead of at home with her parents.

But Rebekah and Braden are not alone. Also stranded is an annoyingly chatty ranch hand, Dirk Sims. While Rebekah is certain she's met him before, Dirk insists she's mistaken.

However, when Rebekah inadvertently eavesdrops on one of Dirk's phone conversations, she discovers his lie. Dirk is not who he seems. This Christmas just got interesting.
Amazon
Pelican Book Group
Barnes and Noble 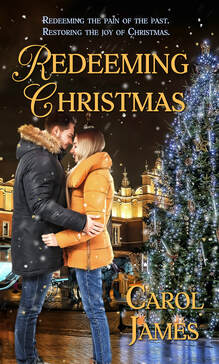 Novelist Olivia St. Madeleine is intrigued by a handsome and mysterious stranger she sees when she’s Christmas shopping. Who exactly is he, and what is his story?

Gabriel Winter definitely has a story. One he’s been running from for years. He’s renovating a house next door to a friendly and persuasive grandmother, who is, unbeknownst to him, Olivia’s Nana.

Through Nana’s insistence, Liv helps Gabe wallpaper and paint, and in return Gabe fulfills one of Liv’s secret childhood dreams.

​But past hurts and secrets threaten to drive them apart rather than draw them together. Will they find the courage to share their secrets with each other and with God, and allow Him to redeem Christmas?
Amazon
Pelican Book Group
Barnes & Noble 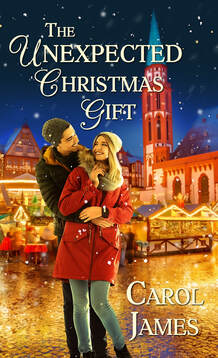 ​
​Eli Walker is a fun-loving entrepreneur. His job is to advise and restructure struggling companies. Holly's mission is to save the company she works for by finding new customers at a trade show in Dusseldorf.

But when she fulfills her promise to her boss to visit the cathedral in Cologne, her quest changes.

​Filled with twinkling lights and snowflakes, Christmas markets and a romantic ferris wheel, Eli and Holly's time together in Germany is an unexpected gift. But when they return home, Eli must make a decision that could cost him what he wants most in life . . . Holly.
Amazon
Pelican Book Group
Barnes & Noble 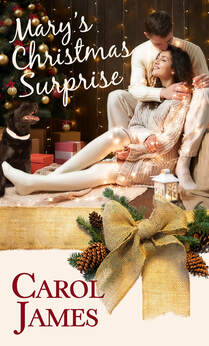 ​
​Mary Sherman’s Christmas is nothing like she’s planned. Her fiancé has called off the engagement just days before Christmas, and her parents have gone on an anniversary cruise around the world.

Suddenly alone for the holidays, Mary returns to the comfort of her childhood home to spend Christmas in her parents’ empty house.

There’s only one problem. The house is not empty. Unbeknownst to Mary, her parents have taken in a boarder, a handsome carpenter named Jake Wolesky.